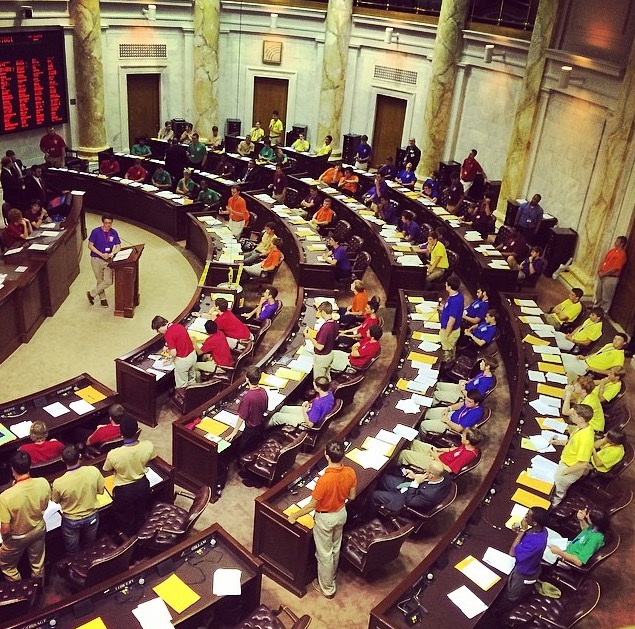 Tuesday at Boys State marks the beginning of campaigns for state and district offices. Delegates who were hoping to run for a state office (Governor, Secretary of State, Land Commissioner, Supreme Court Justice, and the like) had to fill out a petition – getting 20 signatures from their fellow delegates – and turn the form in by 1:00. Those who successfully completed a petition will move on to their party’s primaries Wednesday morning.

Tuesday signifies the beginning of district elections (members of the House of Representatives and Senate) as well. That afternoon, counties would separate by political parties, and each party would nominate their candidates for each county’s four senators and twelve representatives. Those candidates will go on to face off against each other tonight at 8:00. Those running will give their speeches, explaining why they will be the best person for the job. Ultimately, counties will vote on their candidates, deciding who will represent them when Boys State takes over the Arkansas legislature on Friday.