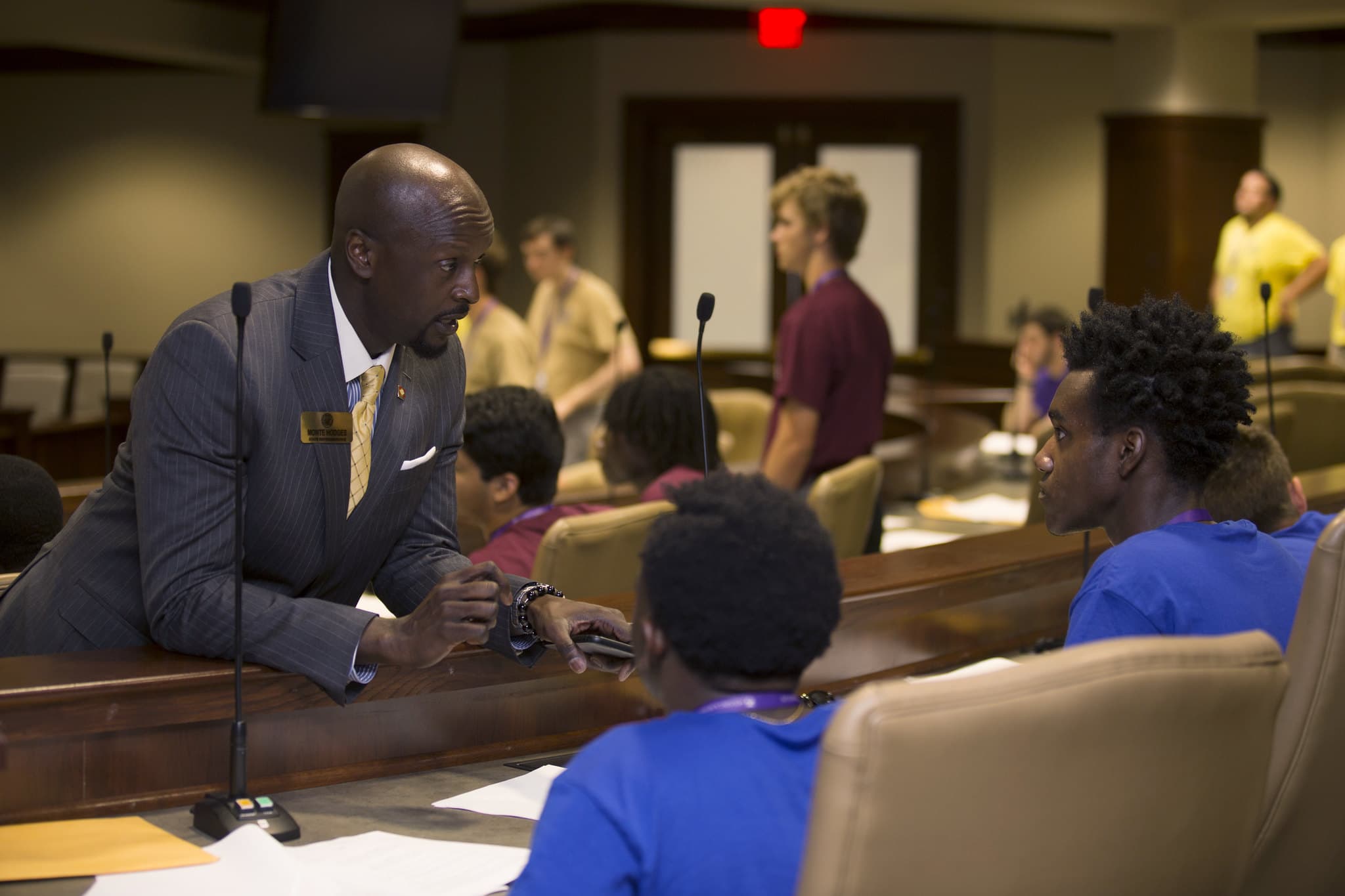 State Senators spent the morning of Friday, June 4, in legislative committee meetings with legislators from the Arkansas House of Representatives to discuss legislative issues and the legislative process. The following delegates were elected to the State Senate.