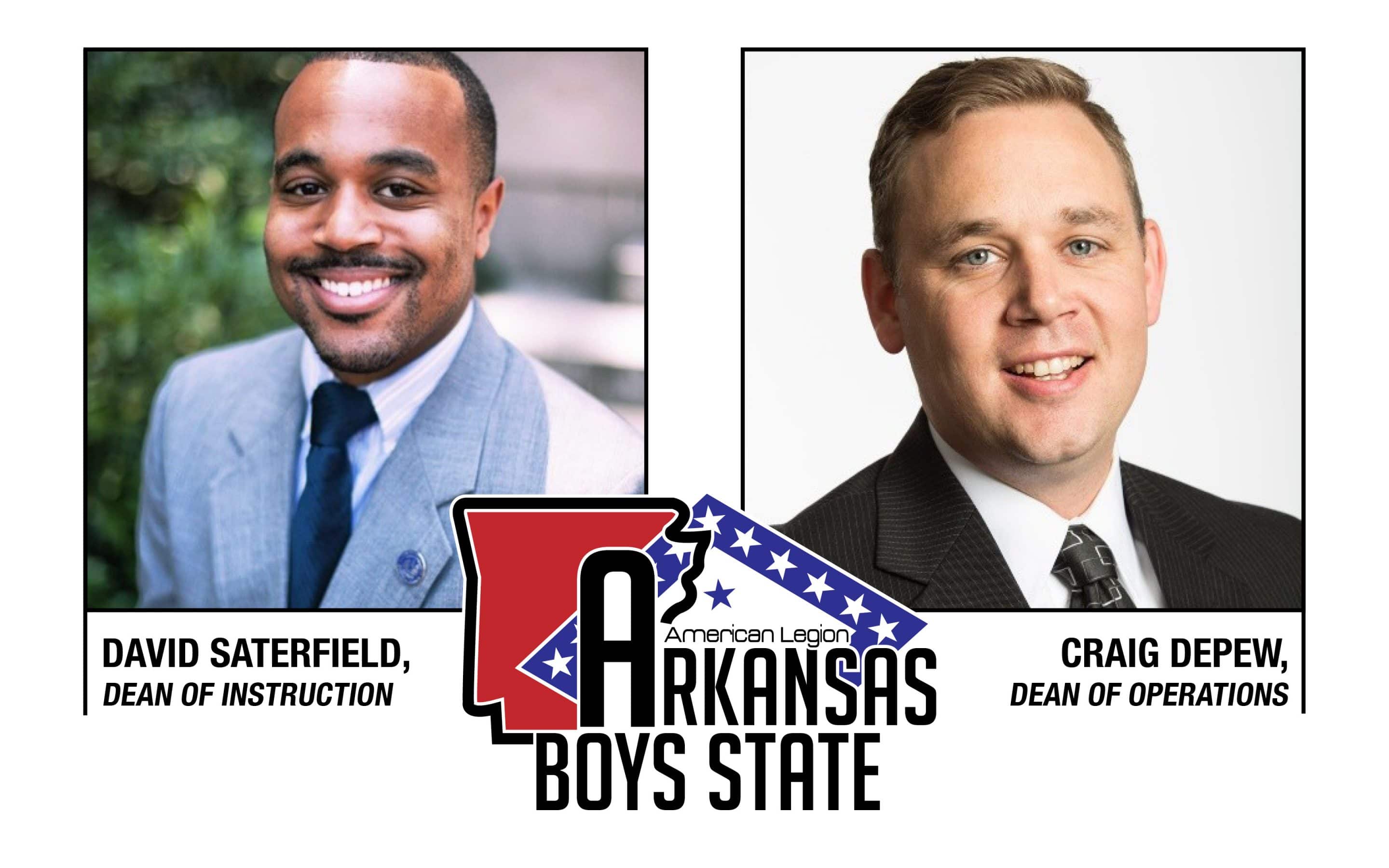 The appointments and new role come on the heels of Lloyd Jackson’s appointment as director in July.

“We’re eager for the energy and ideas that Craig and David are bringing to our leadership,” Jackson said. “Their long-standing service and dedication to the program and desire to see it grow are just what we need. I have no doubt we’ll see our program be its best with their help.”

Depew will oversee planning and execution of the program schedule, leadership of the Arkansas Boys State Governor and direct involvement with guest speakers. The role has also been restructured to include office operations and public relations.

Saterfield’s role as the newly created Dean of Instruction will oversee all elections, debates, breakout sessions and Boys Nation selection processes. In addition, his role will encompass special projects and new areas of instruction for the program.

“This role was created to put more emphasis on the elections process as well as introducing more of a simulation-based model of mock governance,” Saterfield said. “We have done research on our peers’ programs and decided this role was necessary to compete with the many things our students have to occupy their time. My goal is to keep our students engaged from the time they get to campus.”

Depew said he is looking forward to aligning talents and opportunities for those who love and serve Arkansas Boys State.

“I would like to capitalize on the opportunity to think bigger picture and build a high-performing team that loves to serve Arkansas Boys State,” Depew said. “I’m eager to empower these individuals and align our strengths to make the program the best it can be.”

Depew currently lives in Kohler, Wisconsin, where he serves as a project manager for Rockline Industries. Since his delegate year in 2001, he has served as a junior and senior counselor, assistant office manager and office manager.

Saterfield has served as a junior, state and senior counselor for the program. He currently is the Vice President of Trust Legal Strategy and Administration for First Citizens Bank in Raleigh, North Carolina.