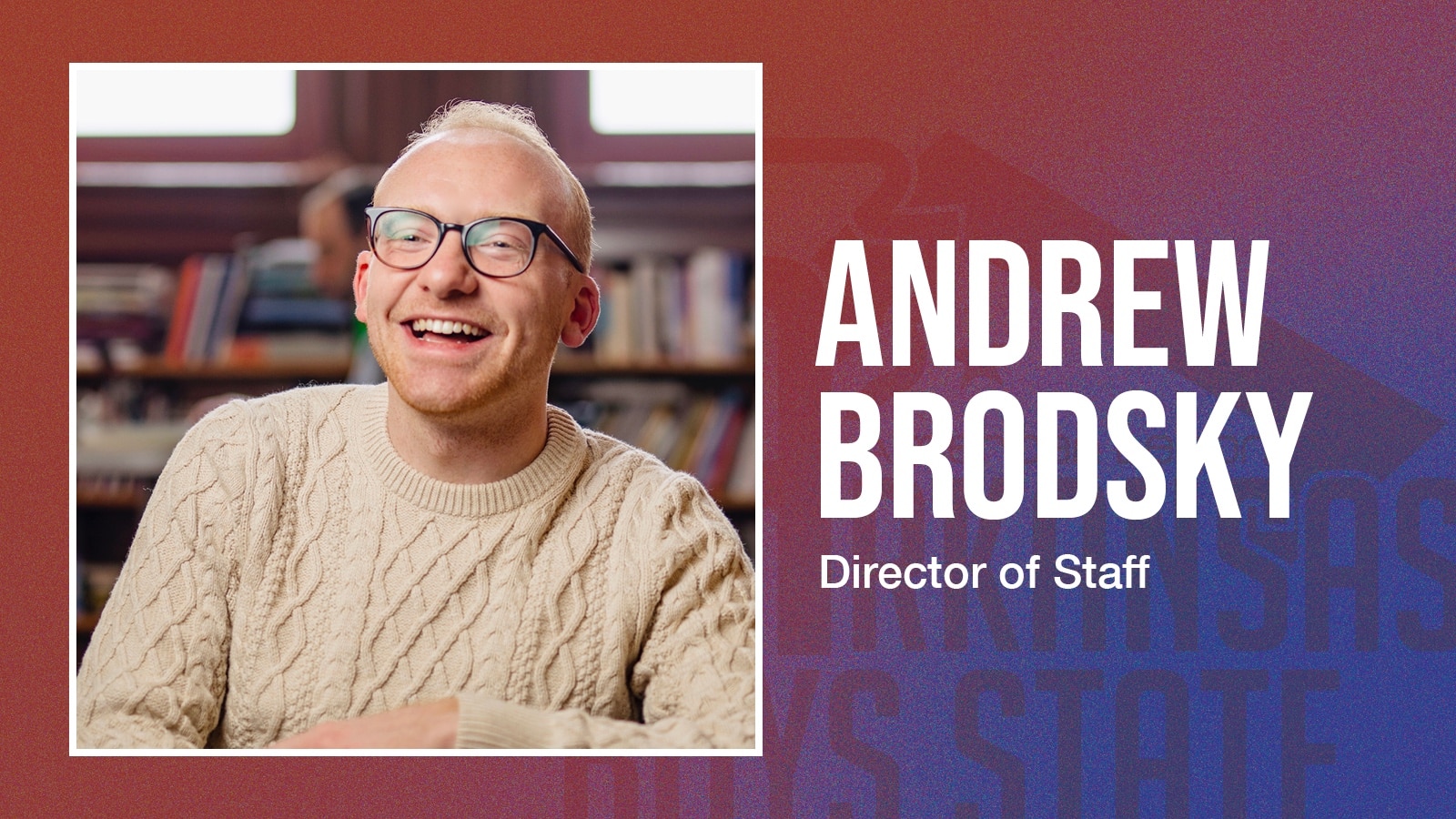 LITTLE ROCK, Ark. — Arkansas Boys State has named Andrew Brodsky as Director of Staff for the program, which has transformed the lives of young men throughout the state and beyond since 1940.

“Arkansas Boys State is able to provide a world-class program because of the staff who volunteer their time and return year after year to mentor our state’s next generation of leaders,” Brodsky said. “It is these volunteers who facilitate every aspect of the program so that it can truly be a week that shapes a lifetime. By ensuring that our staff is supported, trained and well-resourced, we can continue to excel as our state’s premier youth leadership and civic engagement program.”

“Arkansas Boys State alumni and staff hold an array of experiences, backgrounds and interests, and each provides exceptional perspective and skills — often with new and innovative approaches to our program,” Brodsky said. “My goal is to create a structure where every member of our staff is empowered to revolutionize Arkansas Boys State in a way that only they are able to do.”

“Young men who attend Arkansas Boys State know that one of the most memorable and life-changing experiences of the program is being mentored, challenged and celebrated by our incredible staff, which develops relationships that last long beyond our week-long program,” Jackson said. “Andrew’s vision for supporting and growing our staff will ensure that Arkansas Boys State’s legacy of excellence and transformation thrives well into the future. We’re excited to have him on board.”

During their week at Arkansas Boys State, delegates are assigned a political party, city, and county. Throughout the week, delegates, from the ground up, administer this mock government as if it were real: they run for office, draft and pass legislation, solve municipal challenges, and engage constituents. By the week’s end, the delegates have experienced civic responsibility and engagement firsthand while making life-long memories and friends — all with the guiding principle that “Democracy Depends on Me.” Learn more at arboysstate.org.

Sign up for more news from Arkansas Boys State