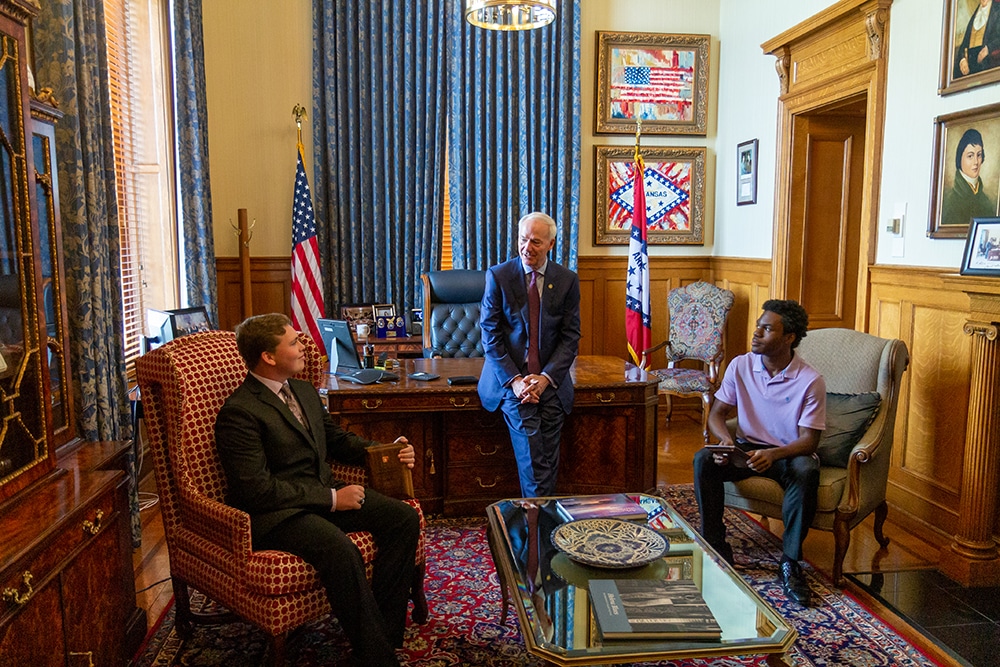 Delegates elected their peers to various statewide offices on Thursday, June 3, as part of the 80th annual session of the leadership and civic engagement Arkansas Boys State program, which is sponsored by the Arkansas American Legion.

These delegates underwent a rigorous election process to reach their elected office. After being selected as their party nominee in the primary election, the candidates faced off again in a run-off election then headed to the general election against the other party’s nominee. At each point in the process, the delegates gave speeches to their parties and the Boys State delegation, and the general election candidates for governor participated in a governor’s debate, which discussed issues on press political and social issues for the state.

The following delegates were elected to their respective statewide offices.